Where to eat, where to wait, and secrets about the historic train station

From Curbed Philly by By Melissa Romero and Anna Merriman Philly is home to one of the last remaining grand train stations in America, the monumental 30th Street Station. Each year, more than 4 million passengers travel to and from the train station, making it Amtrak’s third busiest hub in the nation.

Chances are you are one of those million-plus passengers who has passed through here, whether it was on your way to New York’s Penn Station or to hop onto the SEPTA Regional Rail. Either way, happening upon the station’s grand concourse, with its five-story-high windows and Art Deco chandeliers, is a no doubt a highlight of many travelers’ experience.

It’s a big place, though, and navigating it can be a bit tricky once you’re able to look past the building’s grandeur. Amtrak is on a multi-billion-dollar mission to make the station more pedestrian-friendly and ease traffic congestion around it.

So as you begin to navigate Fourth of July travel this week, here’s a guide to help you get the most out of the iconic station.

How to get there

You could hail a cab or ride-sharing service, or park in a nearby lot, but you may have to add a few more minutes to your travel time given the traffic that tends to surround the train station. Assuming best case scenario, get dropped off a block away and walk the rest of the way, or just take the subway, trolley, or bus.  In Philly already? 30th Street Station is serviced by the Market El-Frankford Line and five trolley lines: Routes 10, 34, 13, 11, and 36. Note that there is no direct connection from the SEPTA station to 30th Street Station; you have to go above ground and cross 30th Street—this is something that should be remedied with the 30th Street Station District Plan (more on that later).

If you’re coming from the airport or from the ‘burbs, the station is also served by more than a dozen SEPTA regional rail lines, all listed here.

For a long time, 30th Street Station was surrounded by a whole lot of nothing, save for the Schuylkill and a large rail yard. Today, it’s in the heart of University City’s development boom, which has brought some much-needed hotels to the neighborhood. Here are some of the best options within walking distance to the station.

This stay aka location opened two years ago in the new 47-story FMC Tower at 2929 Walnut Street. The swanky suites take up the top floors of the mixed-use tower, so expect some impressive views of Center City. There’s also access to Level 28, a private lifestyle club with a gym, indoor pool, movie theater, and more. Rooms start at $220/night.

This 212-room hotel is officially open at 20 S. 33rd Street and delights with its bright and contemporary interiors. Given its location between Drexel and Penn, the Study tends to cater towards professors, families of students, and other visitors to the neighborhood. It features a mix of overnight and extended-stay rooms with study areas and suites. Rooms start at $189/night.

30th Street Station doesn’t exactly rank as a foodie destination, but there are some options whether you have time to kill or just need a quick grab-and-go option. Here are your best picks, from our friends at Eater Philly:

30th Street Station houses the standard food court fare, with chains like Au Bon Pain and Dunkin’ Donuts offering grab-and-go coffee and carbs that will tide you over until you can get something better. But if you’re looking for more flavor, head to the Beck’s Cajun Caféstand. Philly chef Bill Beck has a thing for New Orleans, showcased in his mufaletta sandwich, gumbos, and po’boys made with fried seafood, blackened chicken, short ribs, or alligator sausage. There’s also a veggie po’boy available, but hungry meat-eaters will want to go with the Trainwreck: chopped steak, salami, andouille sausage, and cheese on a baguette.

If it’s too early for jambalaya, head outside the train station to seasonal pop-up The Porch. Set on the southern side of the station’s property, The Porch has outdoor seating and food trucks from 11:30 a.m. to 2 p.m. during the week, plus 7 to 9:30 a.m. on Thursdays. On Wednesdays, Thursdays, and Fridays from 4 to 8 p.m., The Pub at The Porch is open with beer, wine, and bar bites.

Once you’re outside, you might as well keep going to Walnut Street Café, two blocks south of 30th Street Station at 2929 Walnut Street. Inside the restaurant, which serves breakfast, lunch, and dinner daily, there’s an airy café with savory and sweet pastries from star pastry chef Melissa Weller.

The 30th Street Station we know today is considered one of the last-remaining grand train stations in the U.S. Built between 1929 and 1933, it was designed by Graham, Anderson, Probst and White with a neoclassical exterior and Art Deco details within. The main concourse’s 95-foot tall ceilings and incredible ornamentation are no doubt the most striking features of the train station. The main concourse (aka the waiting room) stretches the length of two football fields.

The train station, commissioned by the Pennsylvania Railroad, was built to replace Frank Furness’s aging, but still grand, Broad Street Station in Center City. 30th Street Station’s design was considered groundbreaking at the time by accounting for efficiency without sacrificing the building’s monumentality. It’s no wonder that this was the late architect Louis Kahn’s preferred way of coming back home after his many travels, according to Wendy Lesser, author of You Say to Brick: The Life of Louis Kahn. (Kahn was waiting for his train to Philly when he died in a bathroom in New York’s Penn Station.)

30th Street Station was added to the National Register of Historic Places in 1978.

One major recent change that longtime commuters are likely to notice is the absence of the iconic flipboard, which was taken down last year; Amtrak officials said it didn’t meet ADA guidelines. Oat Foundry has been working on a new sign that they say retains the same character as the original, though. 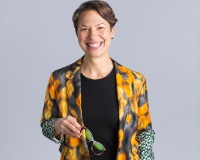 Want to Advertise on this Site?

In just a few seconds, you will be searching just like a Realtor®

Sal is a veteran real estate agent who has called Philadelphia his home for over 20 years. He has lived all over the city in everything from a 6 bedroom Victorian townhouse he restored in South Philly, to a rehabbed house in Graduate Hospital, to his current home: new construction in Northern Liberties.

In his previous life, he had over 20 years of experience in the pharmacy industry as a data analyst, which gives him the eye for detail and makes him a "numbers guy" that supplements his love of real estate. Sal holds a Bachelor of Science in Business Management.

Sal is well versed in every aspect of real estate sales — and there's not a question you can ask him he hasn't heard. He has a great knack for helping first time home buyers as well as investors, move-up buyers and renters alike.

When Sal isn't selling houses, you can find him riding his motorcycle, cooking, baking, restoring old technology including antique radios and clocks, collecting mid-century furniture, working on cars and singing in various choruses.

Why 2020 Is The Best Year To Buy That Investment Property

Why Manayunk, East Falls, and Roxborough are some of the prettiest, pr

This is a list of your favorite properties. We will email you if a property is reduced or leaves the market.

This message will go directly to the head of our team.